Apple Reveals All New iPhone X, Plus iPhone 8 & 8 Plus

Apple Reveals All New iPhone X, Plus iPhone 8 & 8 Plus

Apple claims its grand event held yesterday at the new Cupertino campus marks a new era for smartphones, with the launch of the iPhone X (pronounced ‘ten’). The 10th anniversary of the original iPhone sparked endless speculation prior to the event.

While most new features were in fact leaked and/or correctly guessed before the official announcement was held, Apple’s vision for the future of smartphones was overlooked amidst this feature frenzy: Apple is striving to create a ‘phoneless smartphone’. The iPhone X is just the first step in that direction.

X marks the beginning of ‘The Phoneless Phone’

How do you create a phoneless phone? What does that even mean? And what would be the purpose of such an exercise? Let’s start with the purpose: Apple’s stated vision has always been to create an iPhone that is entirely screen, so that “the device itself can disappear into the experience”.

Apple has always been about user experience, and apparently, they're envisioning a future in which our interactions with our iPhones are completely seamless, fully integrated with our every movement. The first step towards that future is therefore to eliminate as many unnecessary friction points between the user and the phone. When you connect the dots between the new iPhone X features, that phoneless vision emerges.

iPhone X and iPhone 8/8 Plus come equipped with Neural engine, which is actually a pair of processing cores dedicated to handling “specific machine learning algorithms" 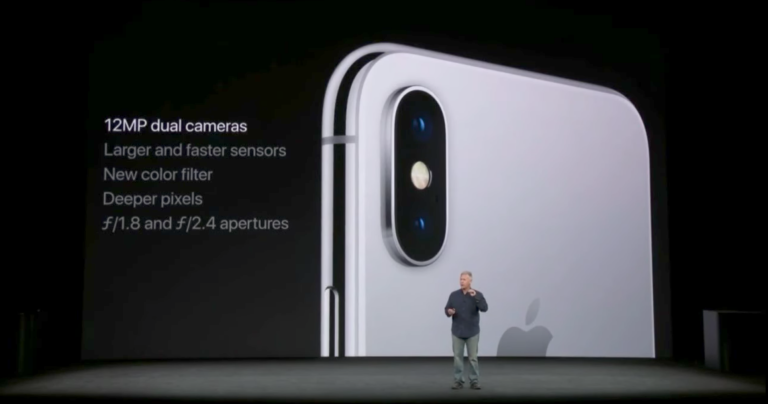 Here are the features that take humanity one step closer to a seamless experience with our iPhone:

Edge-to-edge screen: The entire front of this 5.8-inch device is screen (apart from a small strip at the top for the selfie camera and some sensors). That means no more home button. Instead, you just swipe up to unlock. The phone’s edges are so thin they’re almost non-existent. 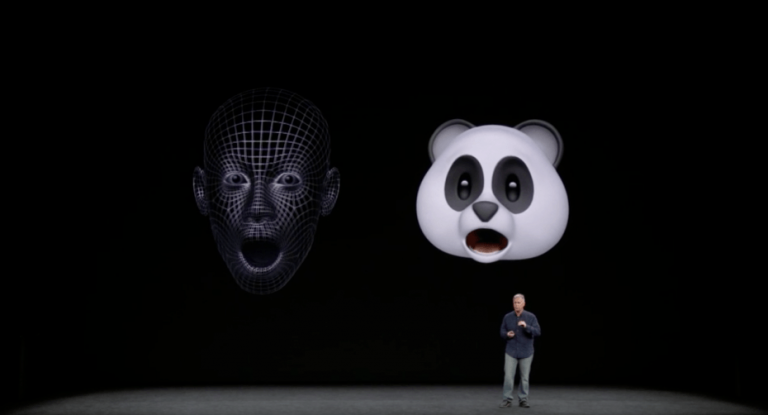 Face recognition technology allows you to unlock the phone by simply staring at it. Infrared makes sure you can do this day or night. Face ID replaces Touch ID. Did anyone say seamless?

You can also match your face to emojis in real time and send a unique emoji of your facial features with Apple's new Animoji technology. That particular feature may have nothing to do with the future of phones, but it’s still fun. 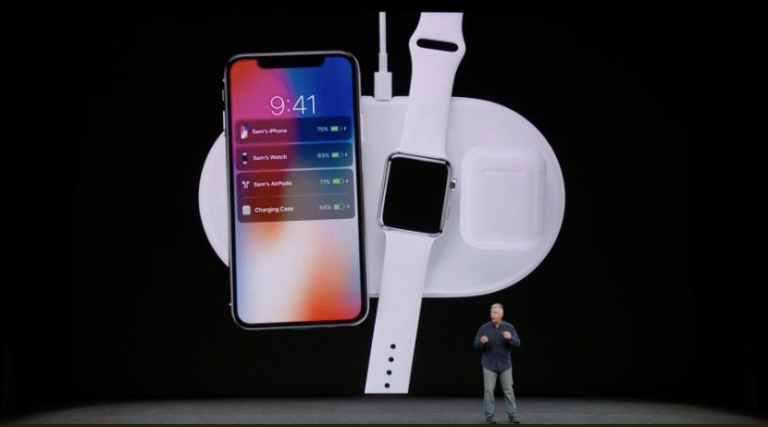 AirPower wireless charging is now capable for all of your newer Apple products.

Wireless charging eliminates yet another contact point between you and your phone. And yes, it’s also faster. The Super Retina Display uses OLED technology and is made by Samsung. Unlike LED, where every pixel is lit up including the black (so black is actually a very dark grey), OLED allows pixels to actually be turned off.

This means the black is blacker, allowing all the colors around it to shine. More color accuracy and better color contrast is another step closer to your phone being fully absorbed by the world around it.

Unfortunately, one key friction point between man and his smartphone has only grown bigger with the release of the iPhone X: the price tag. With a price tag of $999, the X is the most expensive ever for a new iPhone model, making it the first premium-range iPhone. 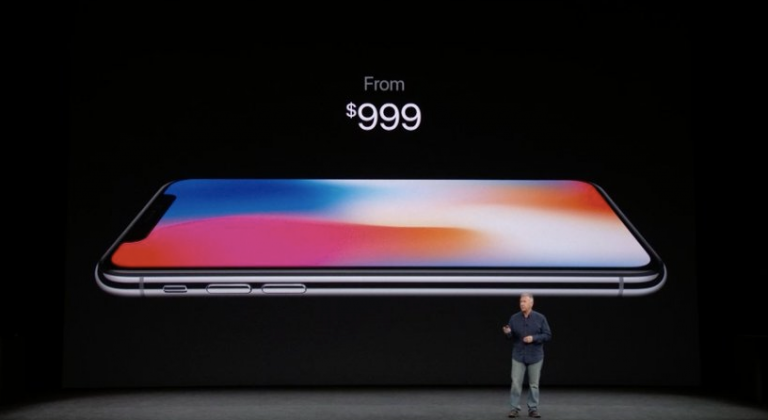 The iPhone 8 and iPhone 8 Plus were also there

While staring at the future, let's not forget the present. Apple skipped the mid-generation ‘S’ upgrade and went straight to the the next generation iPhone 8 and iPhone 8 Plus, the successors of the 7 series. The big news here is a six-core processor that can handle multitasking and 3D games, which is Apple’s comeback at the Galaxy Note 8 and its 6GB RAM multitasking abilities.

Another feature that could be attributed to Apple trying to stay ahead of Samsung and the Note 8 is the dual camera, which has been upgraded with improved motion sensors, allowing the 8 and 8 Plus to take detailed photos in low light settings.

Regarding their looks, the iPhone 8 and 8 Plus are the same size as the 7 and 7 Plus, except they have all-glass bodies, rather than the traditional aluminum bezels we’ve all grown accustomed to. We will get further into that below. 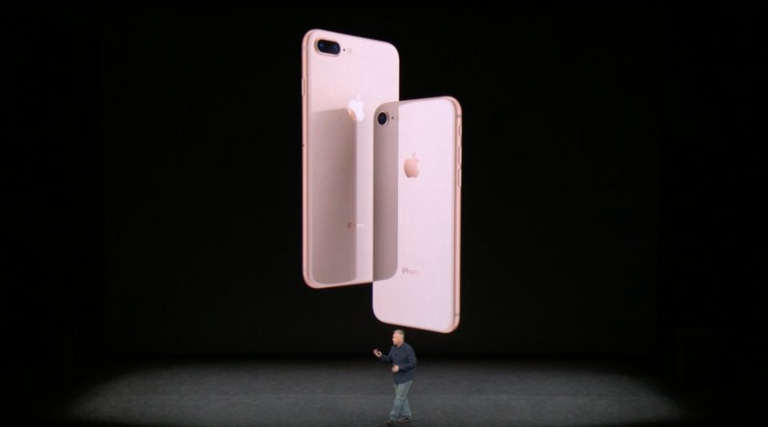 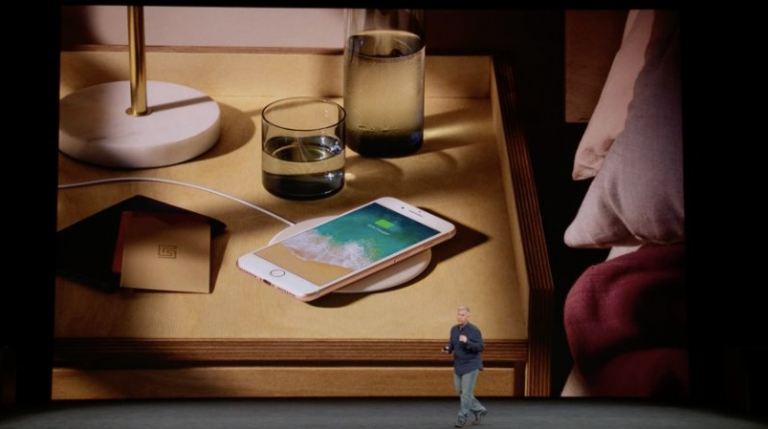 iPhone 8 and iPhone 8 Plus pricing and release dates 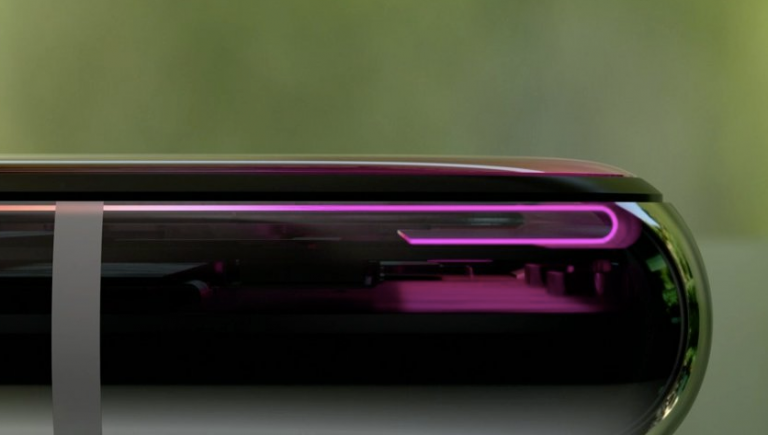 OLED screen for a seamless look

How strong is that glass?

The 3 new iPhones revealed yesterday have two common characteristics: They all charge wirelessly, and they all feature full-glass bodies, with a stainless steel band holding together the all-glass design. The two features are closely connected: the glass back is what enables the wireless charging.

While social media is already wondering how strong the new phones really are, Apple says the glass is the ‘most durable ever in a smartphone’ and that despite the glass build, these phones are completely waterproof.

Here at Puls we have plans to pre-order several iPhone 8 and 8 Plus phones. Our technicians will hold a live video session where we will dissect the new phones and learn more about their build, how to repair the iPhone 8 and what to look out for to guaranty the safety of your device. Stay tuned for updates!