Help! My iPhone Won’t Charge When Plugged In!

We like surprises – usually. But sometimes life throws you a curve ball when you’re least prepared for it. You might be running late for a meeting, or have a big date coming up, and all of a sudden you discover that your iPhone is not charging when plugged in.

While some iPhone problems give you a few warning signs before really becoming an issue, more often than not if your iPhone is not charging, it was quick onset, leaving you unprepared and with a depleted battery at the last moment.

So what do you do, if, say, your iPhone 6 won’t charge when plugged in? We’ll walk you through the steps on how to isolate the problem, find the fix that’s right for you, or, if all else fails, replace your iPhone battery.

The good news is that while the solutions differ slightly depending on your iPhone model, usually the causes are more or less the same. No need to go hunting for model-specific advice: if your iPhone 7 isn’t charging or you have an iPhone 8 that won’t charge when plugged in, these steps will help. If not, look to Puls for all your battery replacement needs.

Is it a Software Issue?

While you might look to the battery first if your iPhone isn’t charging when plugged in, odds are better that a software malfunction is the culprit. If you think about it, this makes sense – while the hardware does the grunt work, the software is the brains behind the operation and being a more fragile system is likely to run into a minor glitch here and there.

The Solution: a Hard Reset

If it’s your iPhone 8 or iPhone X that isn’t charging when plugged in:

Rebooting your iPhone 6, 6s or 7 is simple. Hold the sleep/wake and volume-down buttons at the same time.

Press the sleep/wake and home buttons simultaneously for at least ten seconds, until the Apple logo comes up on the screen.

After performing the reset on any model, plug your phone in for half an hour to an hour, and see if it responds.

While there are more software solutions, if a hard reset doesn’t fix the problem, try these simpler steps first.

Check Your Lightning Cable for Damage 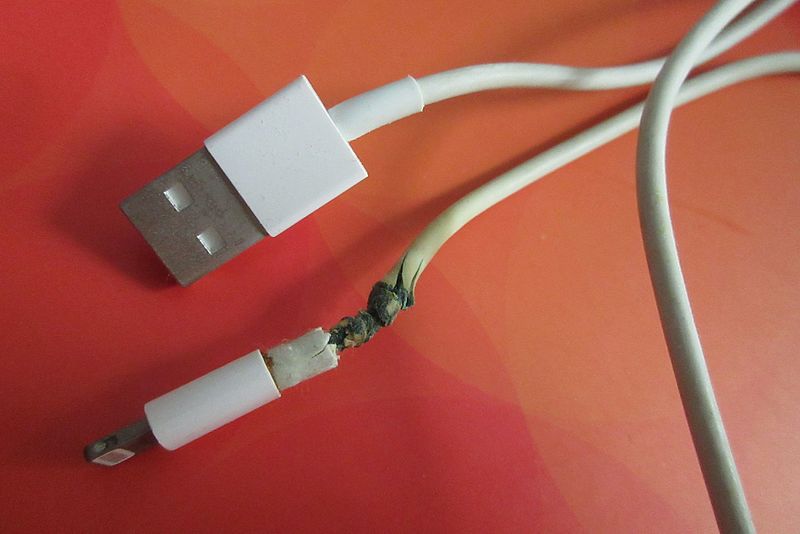 A major reason why your iPhone won’t charge is the connection itself. Your lightning cable probably gets a lot of mileage traveling along with you as you go about your day. Even if you can’t see it with the naked eye, it could be that your cable is damaged on the inside – especially if it’s a third-party brand. Swap it out and see if that works.

Same as the lightning cable, try using a different charger and see if that works. A lot of the time, the problem can be attributed to either the cable or charger.

Again, just to cover all the simple solutions, make sure that the problem isn’t the port in your computer or outlet in the wall. Try switching outlets – it may sound simple, but it’s better than kicking yourself later after doing a system restore.

Clear Out the Charging Port

It’s entirely likely that lint, dust, dirt, and other debris have made their way into your iPhone’s charging port and are inhibiting the connection. And like we all learned in third grade science (okay, we may have missed that part while we were staring out the window), dirt and lint don’t make good conductors.

Grab a flashlight, and have a look inside your iPhone’s charging port.

Note here that Apple recommends you avoid using compressed air when trying to clear out the port. What we like to use instead is either a toothpick (if you like, you can wrap a bit of cotton on the end of it to help collect the dirt, but be careful not to leave the cotton behind in the port and compounds the problem), an anti-static brush, or a toothbrush.

What’s an anti-static brush, you ask? It’s one of those mini-paintbrush looking tools that often come in the package with electronics like shavers, hair trimmers, etc. Always wondered what they were for? Turns out they’re for cleaning iPhones.

Restore to Factory Settings on iTunes

This is a little more involved, which is why we suggested checking out the cables, ports, and chargers before trying this step.

HEADS UP: This will delete EVERYTHING on your iPhone, including your messages, apps, contacts, photos, etc. Make sure to backup your iPhone on iCloud or your computer before proceeding with this step.

Try this step-by-step guide for how to factory reset your iPhone. It has easy to follow instructions for whatever model you use.

Everything on your iPhone will be deleted, including whatever software glitch may have been causing your iPhone not to charge. You might think it’s like mowing your lawn with a blowtorch, but hey – sometimes you gotta pull out the big guns. 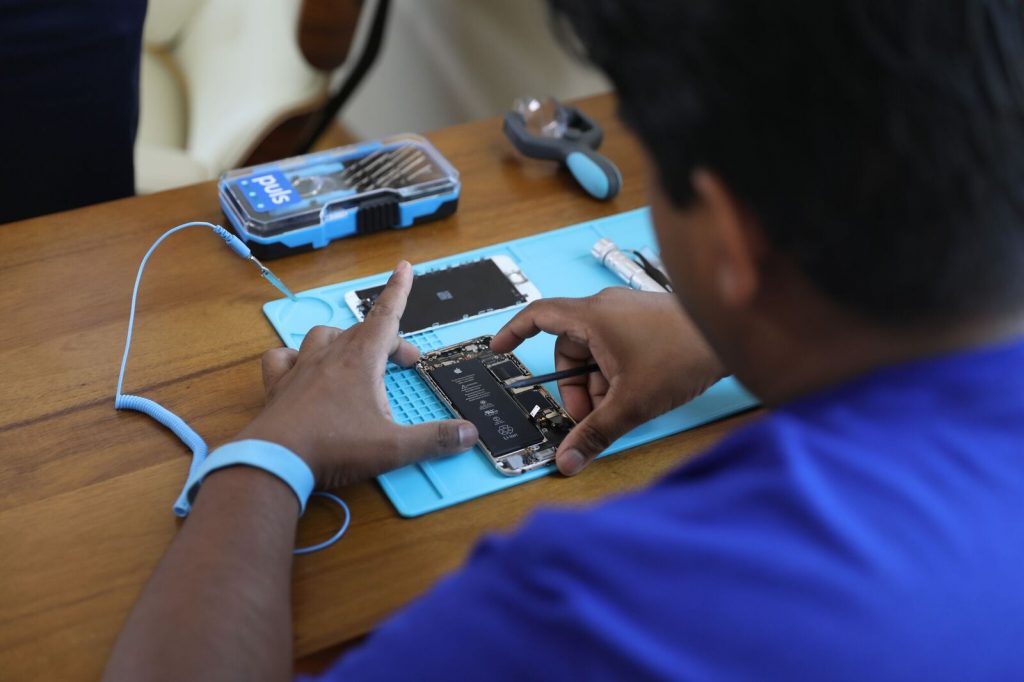 Puls technicians are there on-the-spot to replace your battery whenever you need it.

If even the factory restore doesn’t work, then it’s time to pull out the really big guns. Have a Puls technician visit you at the time and place of your choice to help diagnose the issue and solve it for you quickly and affordably.