Battle of the Genders: Our Cell Phone Damage Report 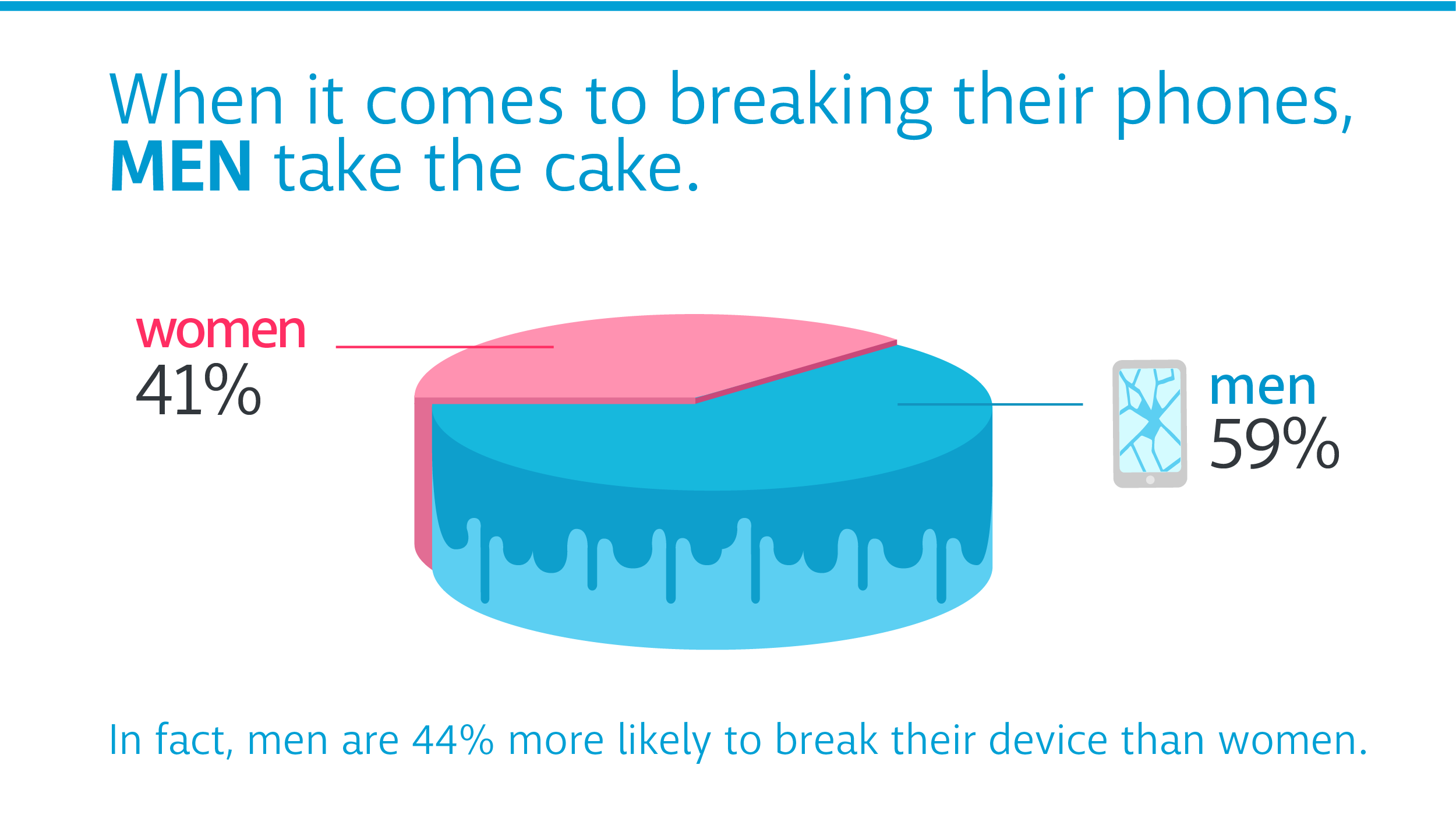 Ever found yourself in an argument with a friend or partner about the distinctive—how should we put this—behaviors of the sexes? We aren’t here to weigh in definitively; technically, we’re not sociologists (though we read plenty of Wikipedia).

That said, next time the great men vs. women debate comes up, we’ve got new ammunition—for both sides. Although, we hate to say it, dudes: the news isn’t great for you.

Are men more careless than women? In the grand scheme of things, we can’t answer that question. But when it comes to cell phones, our data provides a clear “yes.”

We examined 1,000 anonymous customer interactions with technicians and crunched the numbers. Turns out, men are 44% more likely to break their smartphones. What’s the deal, guys? There is some evidence that men are worse at multitasking; maybe that’s the problem. Or are they so busy bro-hugging or chest-bumping that they lose their grip on their phone? 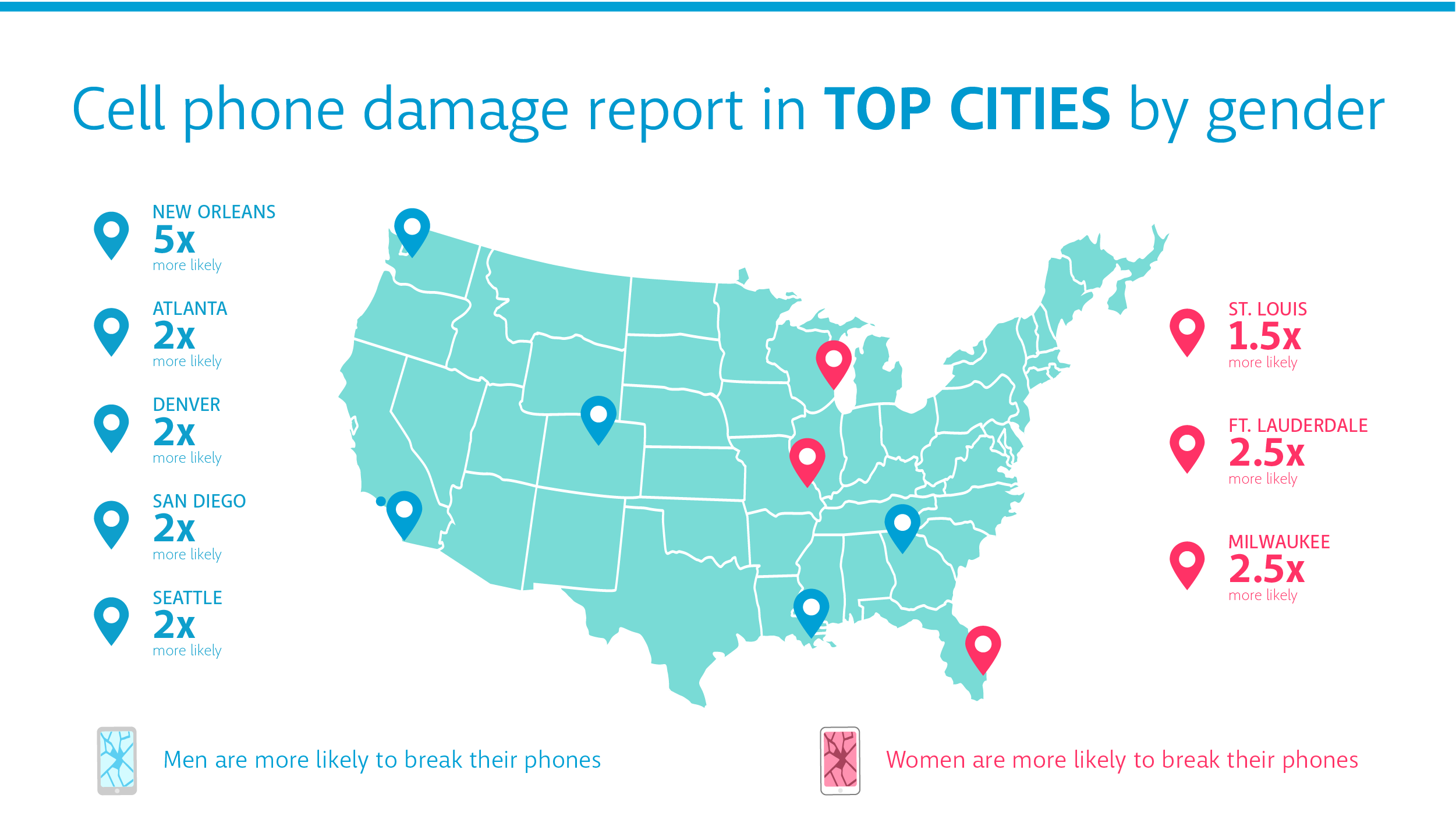 For men looking to retain some dignity, here’s some: these three cities are among the few places where you’re much better at keeping your phone safe than women.

On the other hand, there are a few cities where men fare even worse than their dismal nationwide average. In Atlanta, Denver, San Diego, and Seattle, men are twice as likely as women to need cell phone repair. And we’re not sure what’s going on with men in the Big Easy, but it sounds like they might be celebrating Mardi Gras year-round: men in New Orleans are nearly five times more likely to break their devices than women. 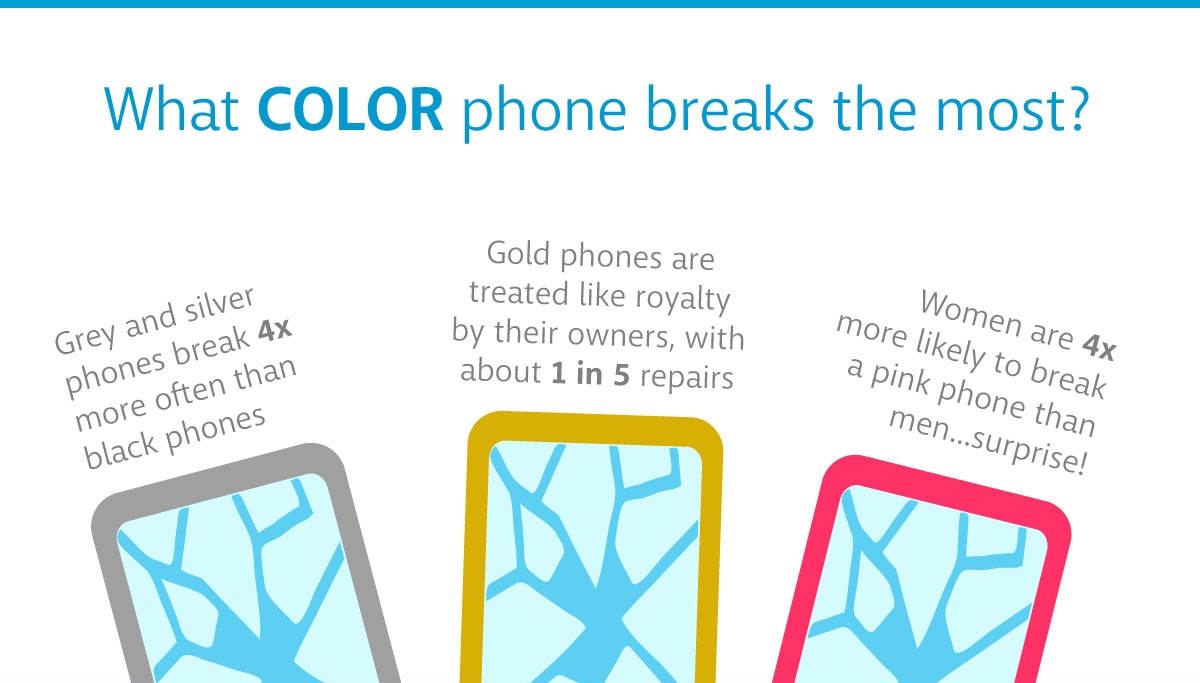 While we found many gender differences, we’re all just human beings at the end of the day. Several patterns in our data were gender-neutral; for one thing, people tend to take great care of black smartphones—maybe the aura of fashionability leads users to be cool, calm, and collected. Meanwhile, gray and silver phones break four times more often than black phones.

And while all that glitters is not gold, gold phones are treated like royalty by their owners—they need relatively less frequent repairs than other colors.

That said, differences between the sexes remain. We receive far more requests about broken pink phones from women than from men...surprise! 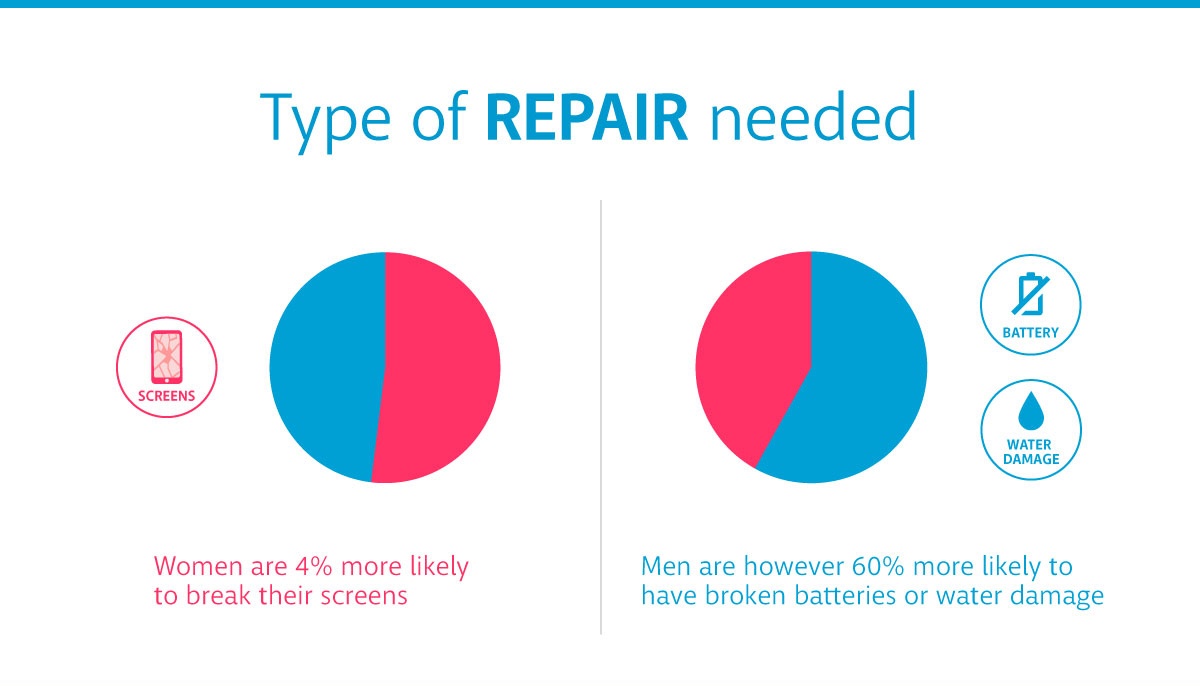 It’s traditionally been said that women are the more communicative sex, and there is some evidence that they text more often. All those thumb presses might be having a slightly negative effect; our data shows that women are 3% more likely to break their screens. That said, men take the cake for other types of breakage: their phones are 60% more likely to suffer broken batteries or water damage. 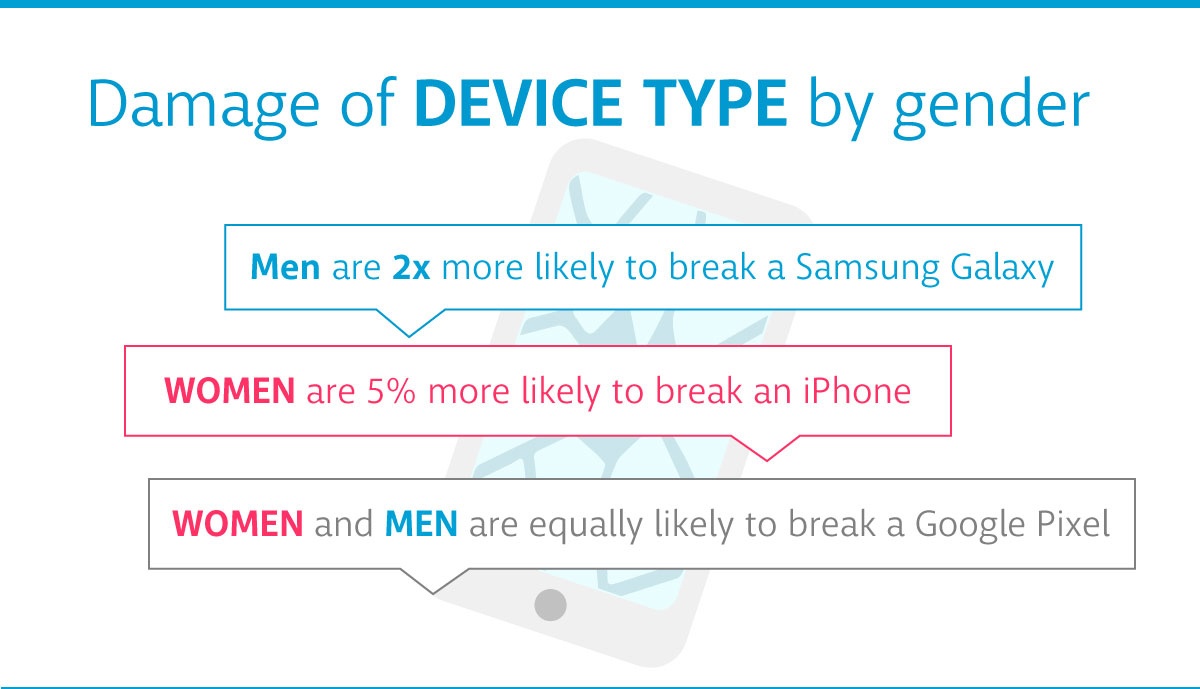 Gender differences aside, the reality is clear: a broken phone will ruin your day, whoever you are.

Cell phone problems never come at a good time, and the best day to get them resolved is always “now!” At Puls, we are your best option for super-quick, on-call cell phone repair—we service all major cities in America, including every location mentioned above, and we’re growing every day. When your digital life gets you down, we pick you back up.