It’s playoff season, and as the biggest sporting event of the year approaches, pro football fans watch with baited breath to find out who will be contending for the Lombardi Trophy.

Of course, true fans want to watch the playoffs – and Super Bowl, of course – with tip-top picture and sound. It should come as no surprise, then, that TV sales skyrocket ahead of the big game. And while the sales are big, the competition to get the best TV to watch the Super Bowl on is fierce.

In the spirit of good sportsmanship, Puls has come up with a sports TV buying guide, complete with all the best Super Bowl TV deals and sales, so you can get the best television for watching sports – and everything else – all year round.

While there are good – and even great – LED and OLED televisions, the title of best TV technology goes hands-down to OLED. That’s because each individual diode is its own light source, as opposed to LED screens, which require a backlight to shine through the pixels so you can see them. Practically speaking, this means that on an OLED TV each pixel turns on and off individually, so when a pixel is off, it’s really off. This is what brings about those deeper and clearer blacks than standard LED sets.

And while you’ll get razor-sharp picture and high speed – meaning that you’ll catch every run and see every pass without lag or trails – OLED televisions also top LED TVs when it comes to the price tag, running significantly higher. If price factors into it (and when doesn’t it?) then an LED television is likely your best choice.

Still, there are some record-setting sales out there with steep discounts on OLEDs ahead of gameday. Here are our top deals on OLED TVs for the Super Bowl: 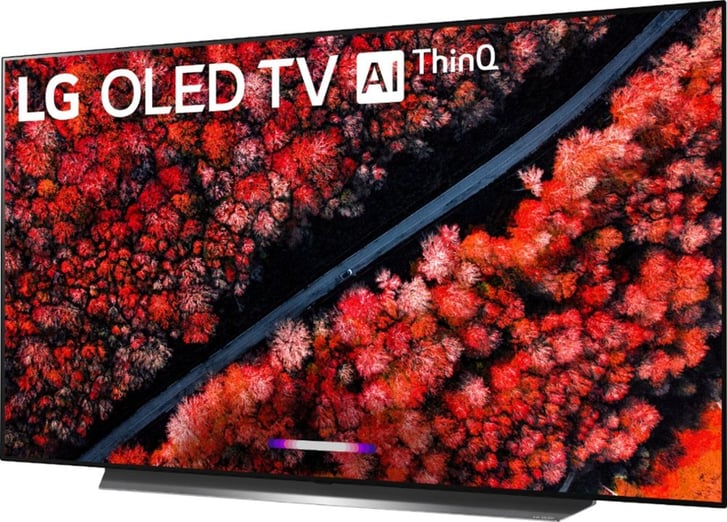 Save $100 on this ultra-hi-definition OLED TV from LG. Its 8.3 million pixels are powered by a second-generation a9 processor powered by AI, enhancing picture quality and boosting noise reduction. Plus, with Apple HomeKit, Google Assistant, and Amazon Alexa built in, it’s super smart. It also has Apple AirPlay2 included, so you can cast anything from your iPhone, iPad, or laptop to your TV, and you can listen to music on AirPlay2 compatible speakers anywhere in your home.

If you don’t mind going all the way back to 2018 (ah, the good old days), the previous generation model offers an even bigger price break. This 55” LG B9 OLED TV is marked down to $1,300 for a limited time, and still delivers a huge kick with its fully-loaded smarthome assistant panel including Alexa, Google Assistant, and Apple HomeKit, AirPlay2, and a7 second-gen processor.

In a word, yes. It’s a simple equation – more screen equals better view of the field. See more detail in overhead shots, and when the camera pans in, feel like you’re in on the huddle. We recommend a screen size of at least 55 inches if your space can accommodate it. But you don’t have to pay enormous prices for all that corresponding screen real estate. Here are some of the best deals on large screen TVs. 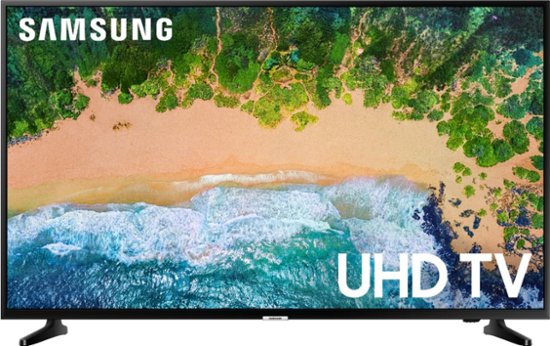 This just goes to show that a big screen doesn’t necessarily mean a big price. Access all your streaming services in one place with this Samsung’s smart capability, and catch it all in crystal-clear 4K picture quality.

For a few bucks more, you can spring for this Samsung upgrade – a 65” QLED Smart TV with full 4K UHD. The Quantum Dot technology rivals its OLED competition at a lower price – now $1,000 instead of $1,200. With a super Quantum processor and Motion Rate 240 for super clarity during even during those split-second plays, you won’t need instant replay to know what went down (though it will still come in handy during touchdown celebrations).

And save $350 on this 70” E-Series 4K HDR Smart TV from VIZIO, on sale for $700 (regular price $1,050). It has built-in voice control for Siri, Google Assistant, and Amazon Alexa – and includes both Apple AirPlay and Google ChromeCast.

Puls is Your Best Mounting Option

No matter which set you choose, or how large, Puls can mount it for you, as well as provide a host of other services from setting up a surround sound system, to neatly concealing cables, to programming your new remote. Simply hop online and book a time slot that’s good for you, and a certified Puls technician will show up at your door, ready to take care of all your TV installation needs from A-Z. We’ll bring your choice of bracket (fixed, tilt or full-motion) to you as part of your appointment, to make things as easy and seamless as possible.