eSports Capital: Don't Be Stuck in L.A. with a Broken Phone

eSports Capital: Don't Be Stuck in L.A. with a Broken Phone

Los Angeles may not be as tech-centered as San Francisco and the Bay Area, but when it comes to anything entertainment, including digital entertainment, Silicon Beach is second to none. Now L.A. is looking to redefine and reinforce its dominance in the esports space, with the opening of a new esports stadium, ie a stadium fully dedicated to spectator competitive gaming.

The City of Angels is so entertaining - it's a crime to be stuck here with a broken phone. Puls LA phone repair service will send top technicians directly to you to fix your phone in L.A. wherever you are, including the new esports stadium. We know the show must go on, and so must your phone.

Irvine-based Blizzard Entertainment, creator of the legendary World of Warcraft and the massive hit Overwatch, is behind this gamechanger. Blizzard Arena, the first of its kind in the US, is located in Burbank, California, and will be open for gaming action this weekend (October 7-8th) with the Overwatch Contenders Playoffs. 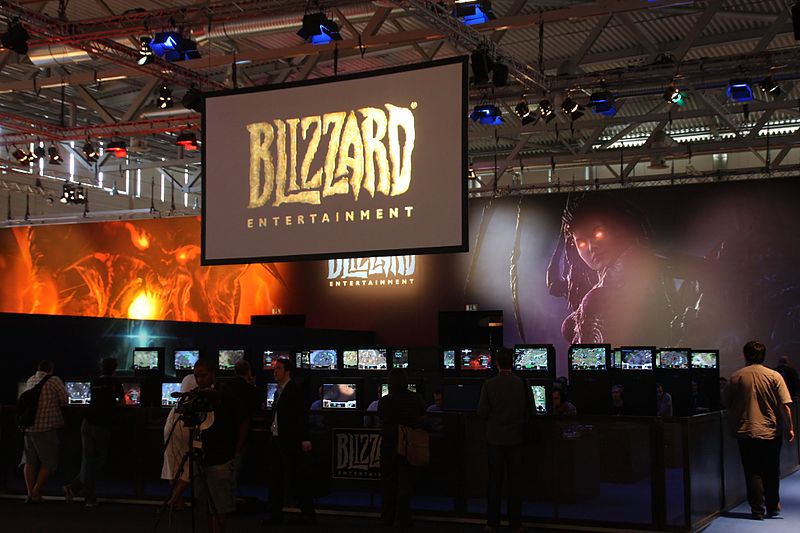 eSports main events attract tens of thousands of dedicated fans, with semi-finals and finals traditionally held in mainstream sports venues such as Staples Center and Madison Square Garden. Blizzard Arena will save organizers the hassle of transforming a conventional sports field into an esports filed, and it marks a new era in competitive sports, bringing esports into the limelight. There’s nowhere better than L.A. to get that kind of attention.

L.A. has been getting a lot of positive tech attention lately with the success of companies like Snap, The Honest Company (with Jessica Alba as co-founder giving it that extra Hollywood vibe) and, of course, Tinder, whose HQ is located right on the Sunset Strip and some claim to be the most entertaining app on their phone. If you're a Tinder fan and you get stuck with a broken phone, you will feel an uncontrollable urge to repair your phone, especially in L.A., the app’s original birthplace.

There’s no better place to play games on your phone than Los Angeles, the video games capital of the world. Blizzard Entertainment has many local neighbors who may be renting the new arena for their own gaming events. Riot Games, developer of popular multiplayer battle game League of Legends, is one name that comes to mind as a possible client.

Playstation is headquartered here in Santa Monica as well. And there are plenty of younger gaming companies in L.A. developing apps and games primarily for phones, both Android and iPhone.

LA phone repair - don't get stuck with a broken phone

Being stuck without your phone is always bad, but Los Angeles is so entertaining it makes you feel even worse about it. Whether you’re a tourist or local to the city, you need your smartphone to take photos wherever you go in Los Angeles.

First of all, you'll need your phone to find and decide among all the incredible foodie joints to LA has to offer. Need some ideas? A local LA food blog is always a good way to go. Check out EatDrinkLA, one of the best LA food blogs out there, to discover where to eat while you're in town (or if you're a local).

Furthermore, you're pretty much guaranteed to bump into celebs from time to time (even from a distance), and to meet beautiful people all around. If you don’t have your iPhone camera to prove it - your friends will never believe you. With a bit of luck you might even get invited to an audition, and with a broken phone you’ll probably stand no chance of remembering the time and place.

Opportunity knocks once in a lifetime, and you must repair your phone in L.A. to make sure you don’t miss your big break. Fix your phone in Los Angeles without leaving your home, office or hotel by simply booking a phone repair in Los Angeles. Our trained technicians will come directly to your door no matter where you are in L.A. and the surrounding area.