In the aftermath of hurricane Harvey, Houston’s startup community turns to smartphones and other technology to help speed up the recovery process. Houston phone repair doubles as a direct result of the disaster.

Dubbed Space City for the central role it plays in the space exploration industry, Houston has been immersed in technology and innovation even before the Space Race. At the heart of the city’s economy lie a broad range of industries, including energy, aviation, healthcare, entertainment and media. Now these industries are uniting to help Houston back on its feet.

It Takes More than Technology: The H-Town Attitude

Sometimes referred to as New York or LA of the South, Houston is a proud multicultural center not only for technology, commerce and trade, but also for arts, music, culture and media, earning it the nickname Hustle-Town in reference to a city that never seems to rest.

Another point of Houston pride lies in the town’s sports teams, earning it yet another fitting nickname - Clutch City. After Harvey, the most populous city in Texas (and #4 in the US) needs all the hustle and clutch in can muster to tackle the complicated situation.

Harvey’s four days of intense flooding shed 275 trillion pounds of water in the Houston metro area. Measurements made by precise satellites show that the earth’s crust sank by roughly 2 cm as a result of the enormous rainfall. Harvey is one of the worst weather disasters in U.S. history, with a price tag estimated between $150 - $180 billion.

Who You Gonna Call?

During the rescue efforts, many stranded victims couldn’t get through to 911. In their despair, they turned to their smartphones for help. As a result, Social media apps became the standard for sending stress signals. Twitter, Facebook, and the Texas-based Zello were amongst the most popular apps used to connect victims with emergency services. Here are two examples of how Texans used their smartphones and technology to take control of the situation.

Local Facebook group Hurricane Harvey 2017 - Together We Will Make It and other similar groups were formed to allow communication with stranded victims. Volunteers who were already safe closely monitored these groups. As soon as a distress post was received, the volunteers would evaluate the situation and dispatch the most relevant rescue crew.

While volunteers used Twitter to notify local news outlets and placed phone calls to the authorities, sometimes they needed something more. Surprisingly, many rescue efforts relied on local crews that formed spontaneously. How did these local crews get dispatched? Using smartphones, of course, and a little innovative app called Zello.

Local Housonites such as Matthew Hager took to the flooded streets with self-proclaimed rescue squads consisting of jeeps, boats, drones, and whatever equipment they could put together. They relied on the above social media groups to direct them to stranded victims. But they needed the right app to stay close to the action, and that’s where Zello came in.

Zello, an Austin based app, turns your smartphone into a walkie talkie - the perfect tool for a rescue squad. Simply push and hold the button to burst directly into a group communication. These groups are designed to simulate radio-style channels. As a result, Zello became the go-to app for such rescue squads, and the app saw a 200% increase in users during and directly after hurricane Harvey. Zello's CEO Bill Moore said it is satisfying that the app has proven to be so helpful. 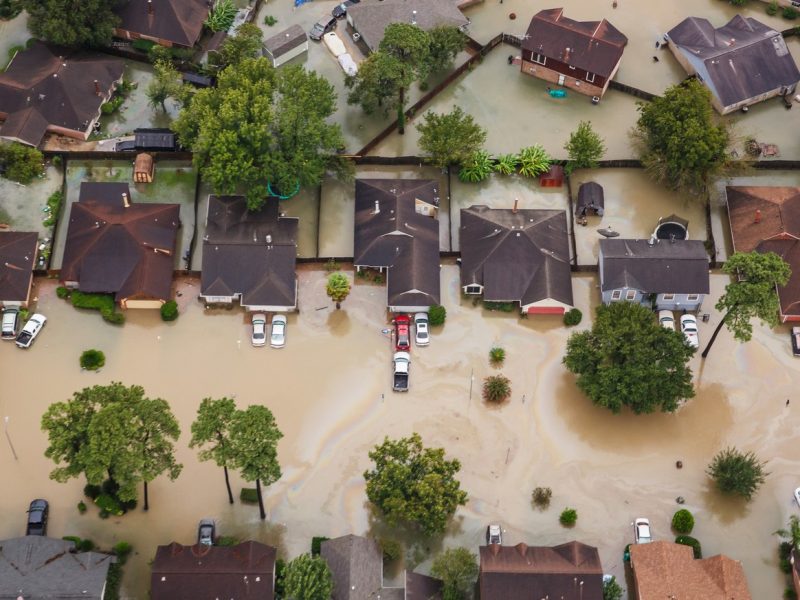 After the hurricane, Hustle-Town is back to innovating and rebuilding. Many Harvey victims turn to crowdfunding to help rebuild some of what was lost. A record-breaking number of drones have been deployed by authorities and insurance companies to help assess the damage in record speed.

This will help speed up the claims process for the victims. Seems like Housonites are back to work, as is evident from the cell phone stats. Demand for cell phone repair in Houston doubled from early to late September, making it the city with the fastest growth rate among the top 10 US cities.

Puls has expanded its Houston phone repair service to help accommodate Houston’s phone repair needs. We know how smartphones help facilitate innovation and help technology reach new limits. That is why we offer same-day phone repair in Houston, with most repairs addressed in no time.