San Francisco Phone Repair for All Your On-Demand Needs

San Francisco Phone Repair for All Your On-Demand Needs

San Francisco, the city of innovation, is considered by many to be the tech capital of the world. But no matter how many startups flock to the Bay Area, no matter how many global tech mammoths reside in Silicon Valley or how much hype comes out of Cupertino, residents of the San Francisco Bay Area are generally not thrilled about their transport infrastructure.

Passengers at BART station waiting to get aboard (Photo Credit: Michael Macor, The Chronicle)

The Bay Area: Tech over transportation

The Bay Area Rapid Transit (BART) commuter rail network was designed back in 1960, way before anyone could predict the tech boom that would ensue in the area. One could argue that the unreliable, low-tech nature of BART is what inspired local entrepreneurs to tackle transportation problems in the first place.

San Francisco and its surroundings are packed with groundbreaking transportation projects such as Alphabet’s self-driving Waymo division and their secretive Carcraft simulation software, Elon Musk’s Hyperloop aiming to connect between San Francisco and Los Angeles in 43 minutes, and of course Lyft and Uber, just to mention a few. Even so, when it comes to commuting, San Jose, San Francisco and Oakland are lagging behind most modern cities (not to mention tech capitals) around the world.

Lyft is bringing it back home

That’s why Lyft’s announcement last month that it is rolling out its first self-driving fleet in its home town San Francisco is kind of a big deal for the Bay. Partnering with Drive.ai, a local startup from Mountain View that develops the software to turn cars into self-driven vehicles, Lyft will become the first to offer this option in the Bay Area.

Smarter cars tend to make the streets around them smarter, filling the roads with sensors and tracking devices, laying the ground for a smart city. This is why many believe more innovation in the local transportation system will follow if Lyft can make a strong case for adaptability and efficiency. This could be big for the Bay. 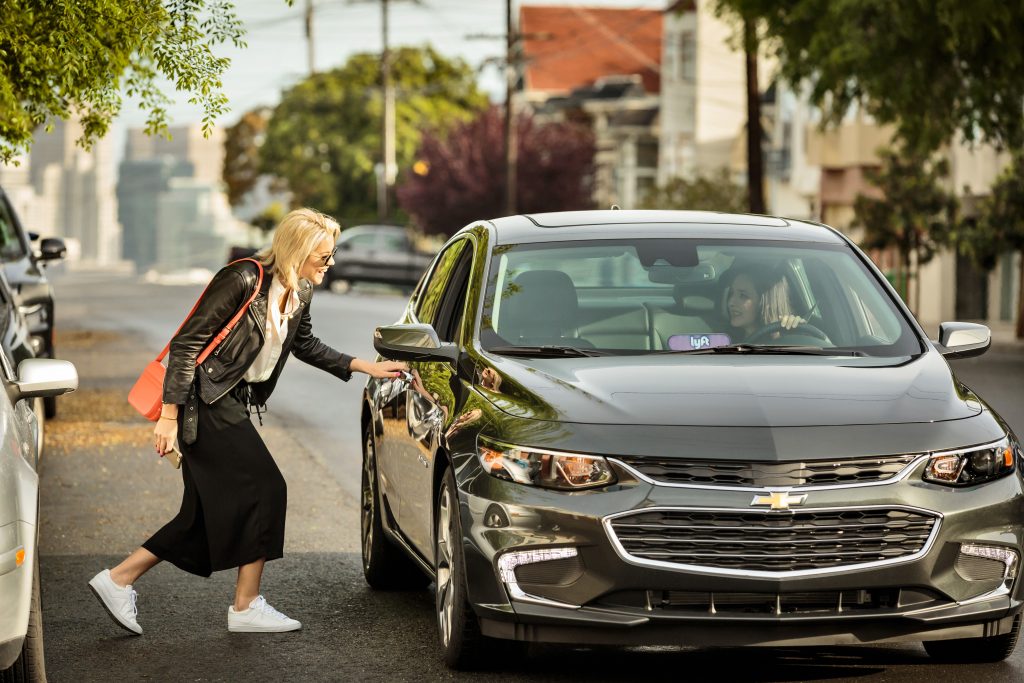 Remember when cars had drivers? Lyft passenger hopping on a ride. Credit: Lyft

Fix your phone in San Francisco without worrying about transportation

If you need phone repair in San Francisco and the Bay Area you don’t need Lyft or Uber, autonomous cars or not. At Puls.com we come to your doorstep to fix your phone, and we service the entire San Francisco San Jose Bay Area. Since we dispatch our technicians to your home or office, whether you need to fix an iPhone or a Samsung or any other device, you don’t need to worry about traffic, transportation or navigation.

We do this because we know that when your phone is damaged it's hard to focus on anything at all, especially transportation, especially in the Bay Area. So if you need to fix your phone in San Francisco and the Bay Area, you don’t have to leave home. We know it’s impossible to navigate when your screen is cracked, and being close to Apple headquarters doesn’t help much when you have a broken iPhone.

Phone repair in San Francisco will get even faster

Still, here at Puls we’re very excited about this news coming from Lyft. A better connected Bay Area helps everyone, including our technicians. Our Puls phone repair Bay Area techs are fast, averaging under 60 minutes to repair your phone. They also do everything to ensure they get to you as fast as they can, wherever you may be. As the commute becomes shorter, phone repair in San Francisco will only get faster.

If you have concerns about having robots driving you around, don’t worry - you have to opt in for an autonomous car to be dispatched to you, and we are told there will be very few self-driving cars during the pilot stage. Even if you are lucky enough to be one of the first passengers in the Bay Area to get an autonomous ride, during the pilot each self-driving car will come equipped with a real, mortal, flesh-and-blood driver specifically trained to take control of the vehicle in case anything goes wrong.

Puls will fix your iPhone in San Francisco

Servicing San Francisco, San Jose, Oakland and the entire Bay Area, we will fix your phone in San Francisco faster than anyone. Whether they use autonomous cars, the hyperloop, or drive themselves, our technicians will be at your doorstep to repair your phone as fast as possible.